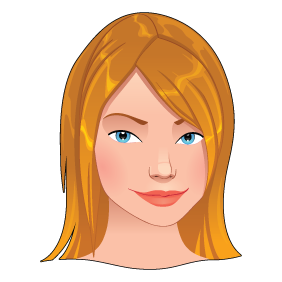 Some kids grow up loving music. From the time they are in their mother's womb, the sound of music soothes them and brings them joy. My daughter has always loved all kinds of music. When she was in my belly, I put all kinds of music on and placed a pair of headphones on my belly. The different types of music would produce different results - calming music soothed her and lively music made her active. Now that she is four, she is beginning to explore different instruments. If you have a child that loves music, this blog can help you find ways to expose him or her to continue learning about music.

Writing a great song often boils down to connecting an almost universal human experience to a single "idea lyric" that may or may not seem related to the experience itself. Once you have the idea, the brain's power to make random connections fires up, and the lyrics and music just start pouring out (hopefully).

The idea lyric needs to be an integral part of the song structure, but it can also be anything, from something to concrete to an abstract concept. Within genre pieces, these idea lyrics are often what sets the stage for making each song unique, especially when the song's overarching topic and musical structure are anything but.

The best way to demonstrate the idea lyric in action is with examples from successful songs. Check out these two examples from contemporary country music, both written, at least in part, by the same person.

Country songwriters have been using the power of place to shape songs for ages. However, the song "A Little Dive Bar in Dahlonega" differs from other country songs that name drop places because if you changed the place the song doesn't work anymore.

Dahlonega, GA is one of those great American towns with incredibly musical names like Walla Walla, WA. Say the name:

Can you hear your voice modulate from tonic to super-mediant and then back to tonic briefly before finishing on the dominant scale tone? This place's name creates the melody for a song about desperation that turns into hope. Furthermore, it blends perfectly with the chord progression that's derived from the country music's wheelhouse chords, the I-IV-V-vi.

Also, the strength of the song's title and hook depends on the alliteration created by the words dive and Dahlonega. Sure, you could insert another place that begins with a D, like Denver, but you'd lose the melodic effect mentioned above.

"One Night Standards" also deals with one of country music's most traditional topics, infidelity. Of course, everyone knows that there is a myriad of reasons why people cheat. This song, however, simplifies all of these reasons into a single, simple point.

The lyric occurs at the end of the second verse and it's clear that the rest of the song is built around it. With the simple "why" of cheating established, the song details why no further explanation is needed, which leads to more great lyrics like: "It's just a room key, you don't need to see through me."

The next time that writer's block strikes, drop all the deep stuff that's swirling in your head. Next, think of a single idea that you'd like to write a song about. It can be literally anything. Finally, based on your genre of choice, pick a trope and go with it.

For more tips on writing catchy song lyrics, contact some of the top songwriters.